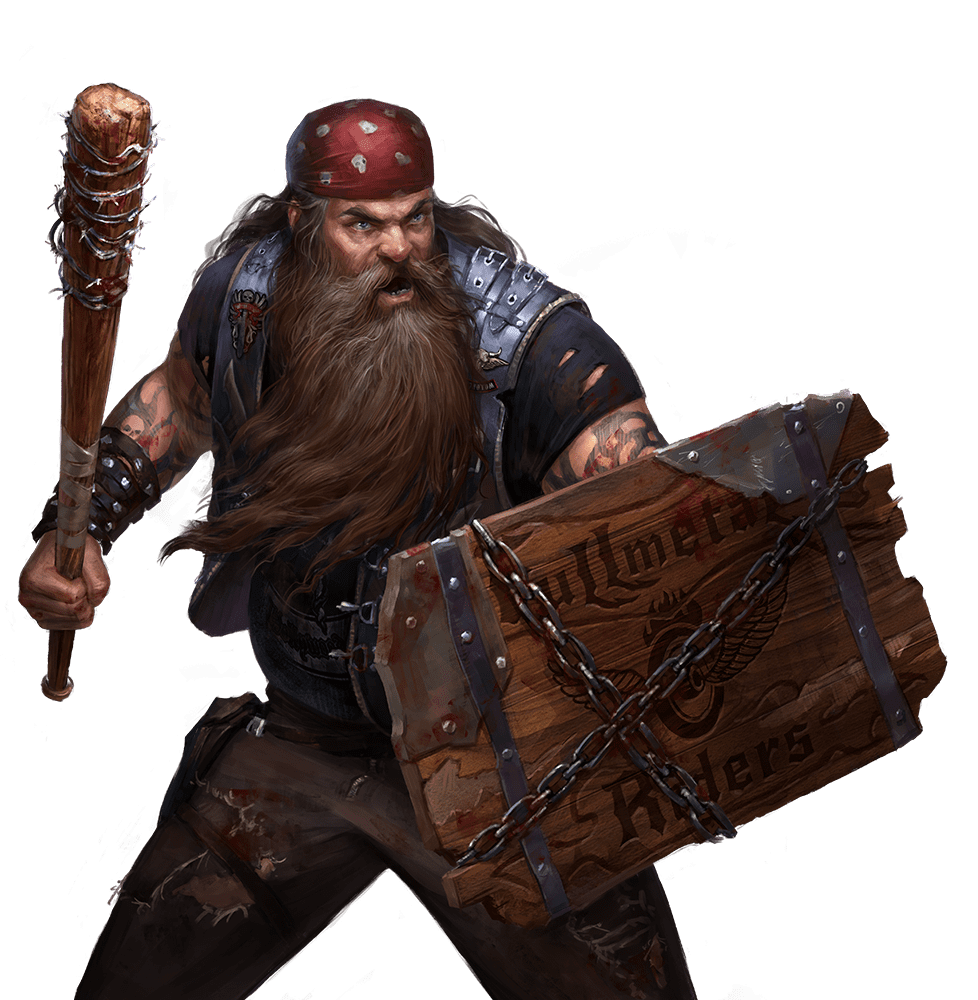 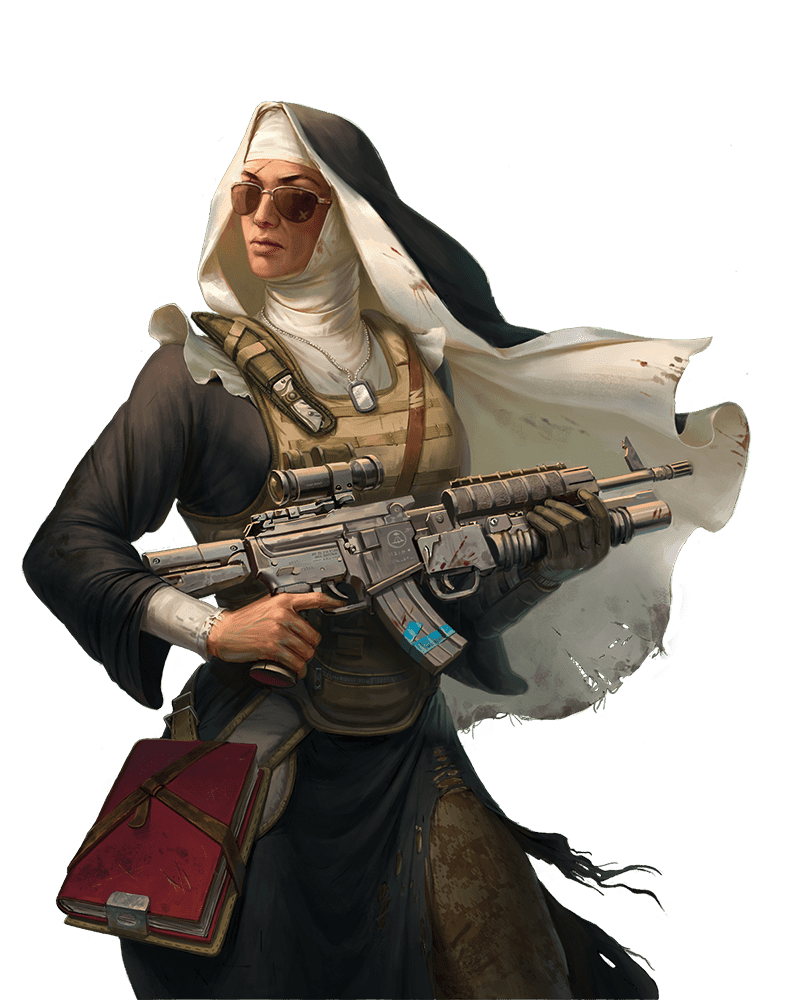 After an unexpected collision of a rogue comet with a moon of Mars, the debris headed towards the Earth and caused extended meteor showers.
Few months later news arrives about some risen from dead. At first, the authorities ignore the news and pass a flare-up epidemic, which turns people into zombies.
During the trials to explore the ways to cure this walking dead virus, scientists accidentally create mutants who manage somehow to break free and nobody sees them ever after…Perhaps they have died or just gone under the ground to come back one day.
As the apocalyptic has spreaded the last survivors are now to leave their home cities, towns and villages. Most of them wander in search of well protected safe places and fight off zombies and off the rest survivors.

Game is a way more than just an entertainment. It is a pure synergy that keeps living after the game release. Creation of such synergy requires the latest technical expertise and experienced professionals who are passionate about the product they create. Game-designers write a character’s story imagining this character growing up and changing in the context of the world he, or she, lives in. What does this person do for living? Is it a family guy, seeing children off to school everyday, or a female firefighter rescuing her wife? A well written story creates an almost ready visual part. It is no secret, that inner world of any person may be reflected through his appearance. That is why we see it really important to show character’s unique features. Every detail, whether it is a hairstyle or a scar, must show what this character has been through. Artists draw sketches until they get the right look of the character. And then, the final stage - creation of 3d model and character’s animation. In flesh and blood, there is our new character, a new story for you to discover. Whom this character would be? A hero? A fraud? A preacher? You’ll find out soon. 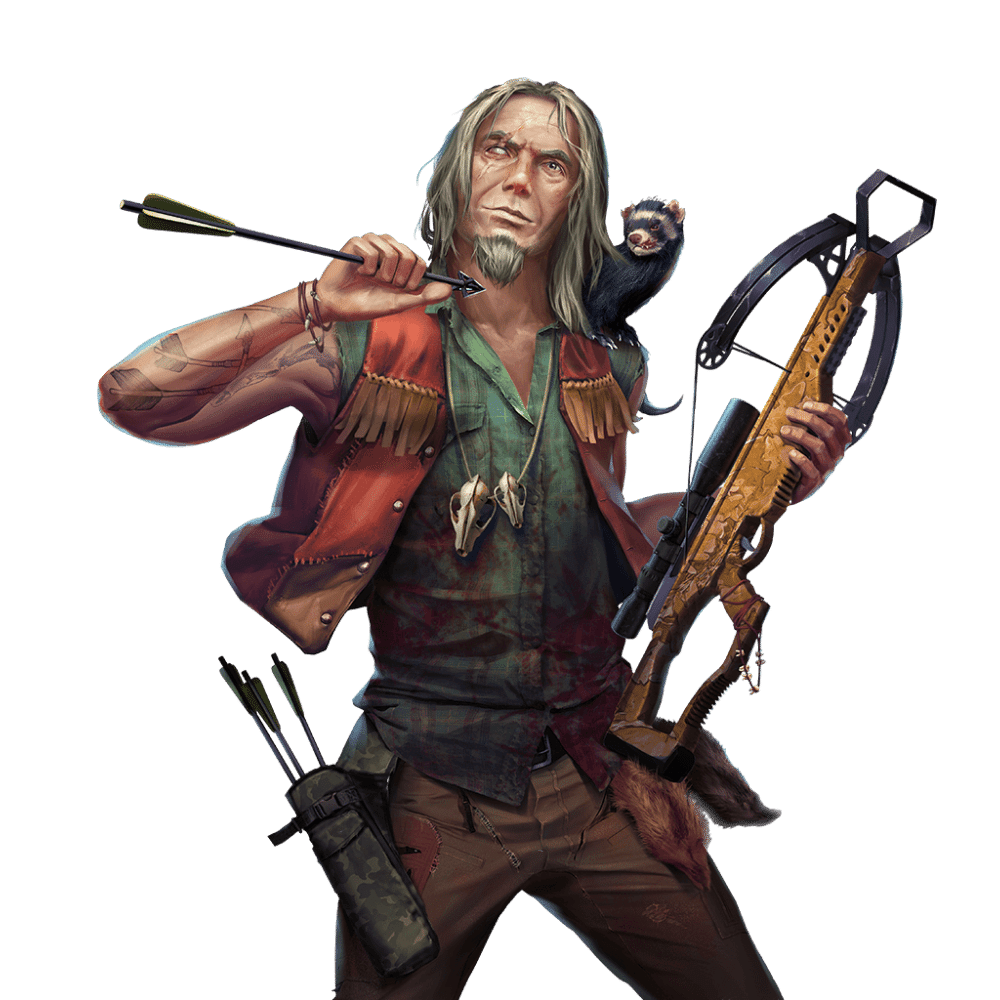 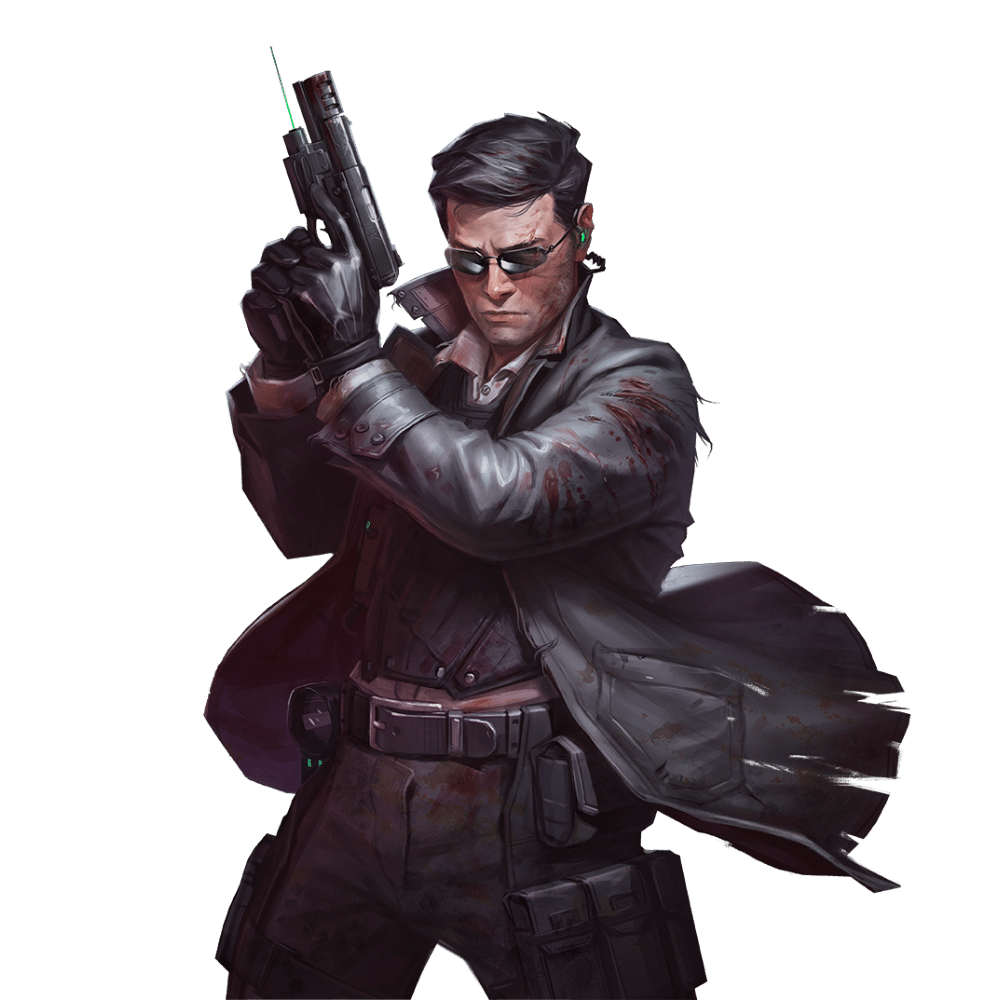 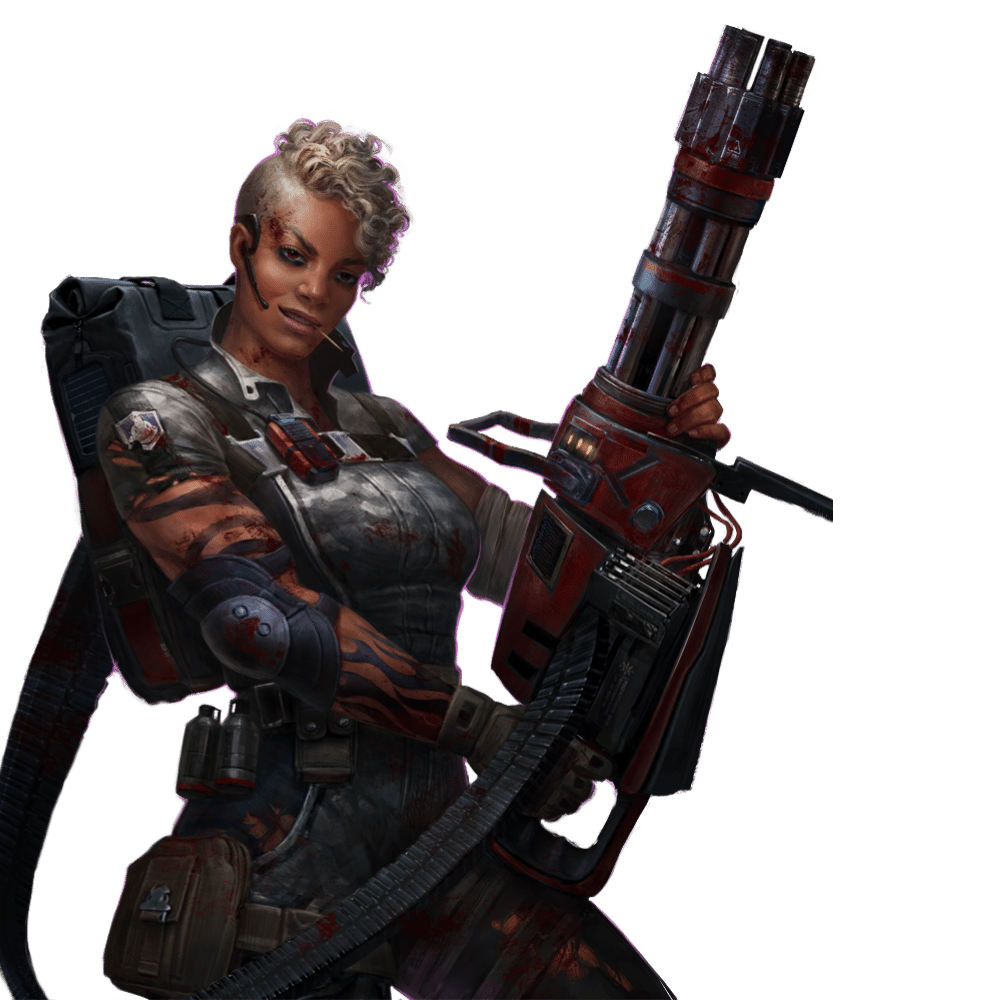 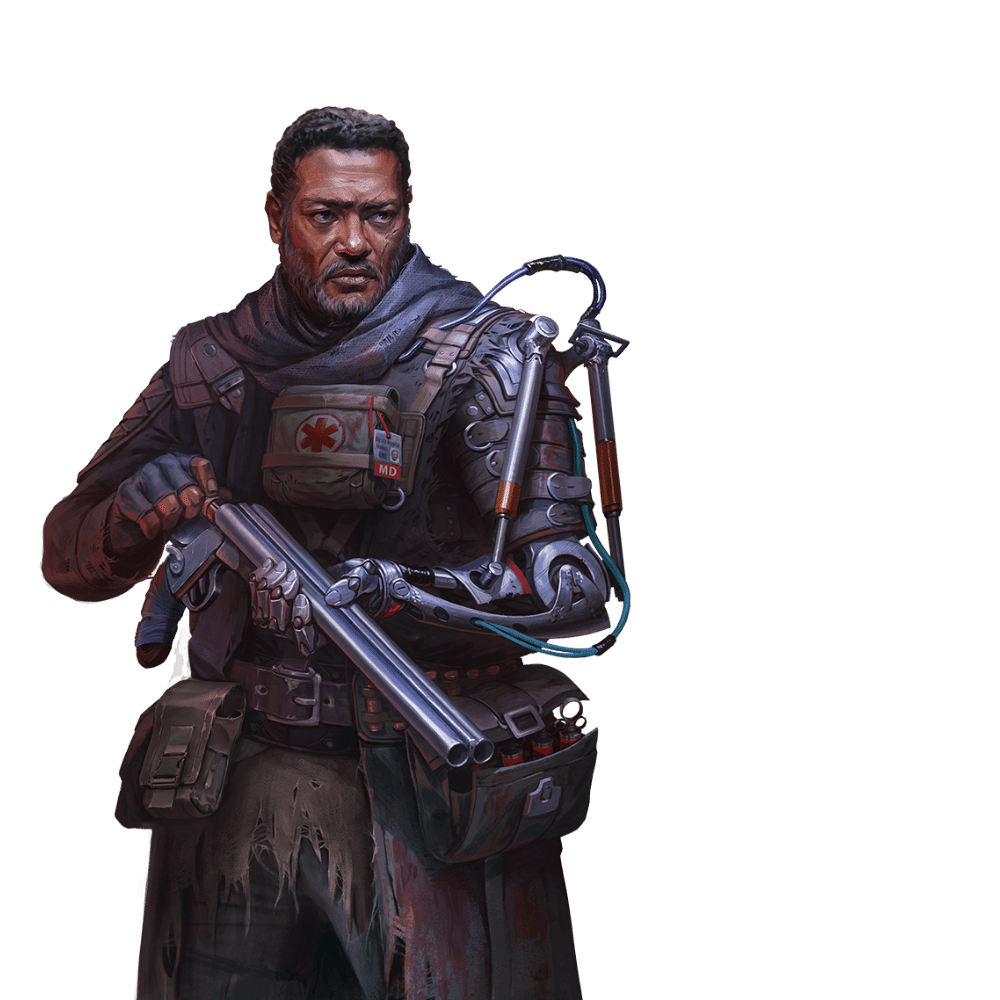 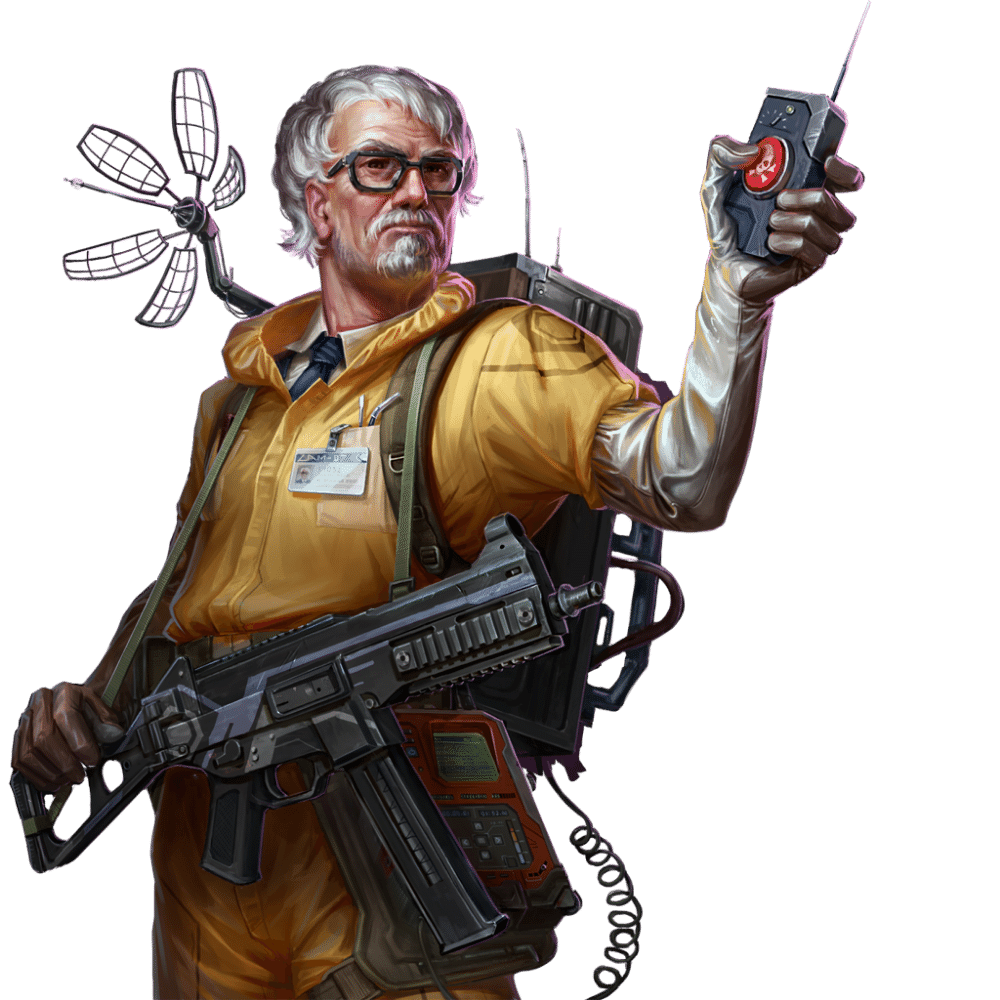 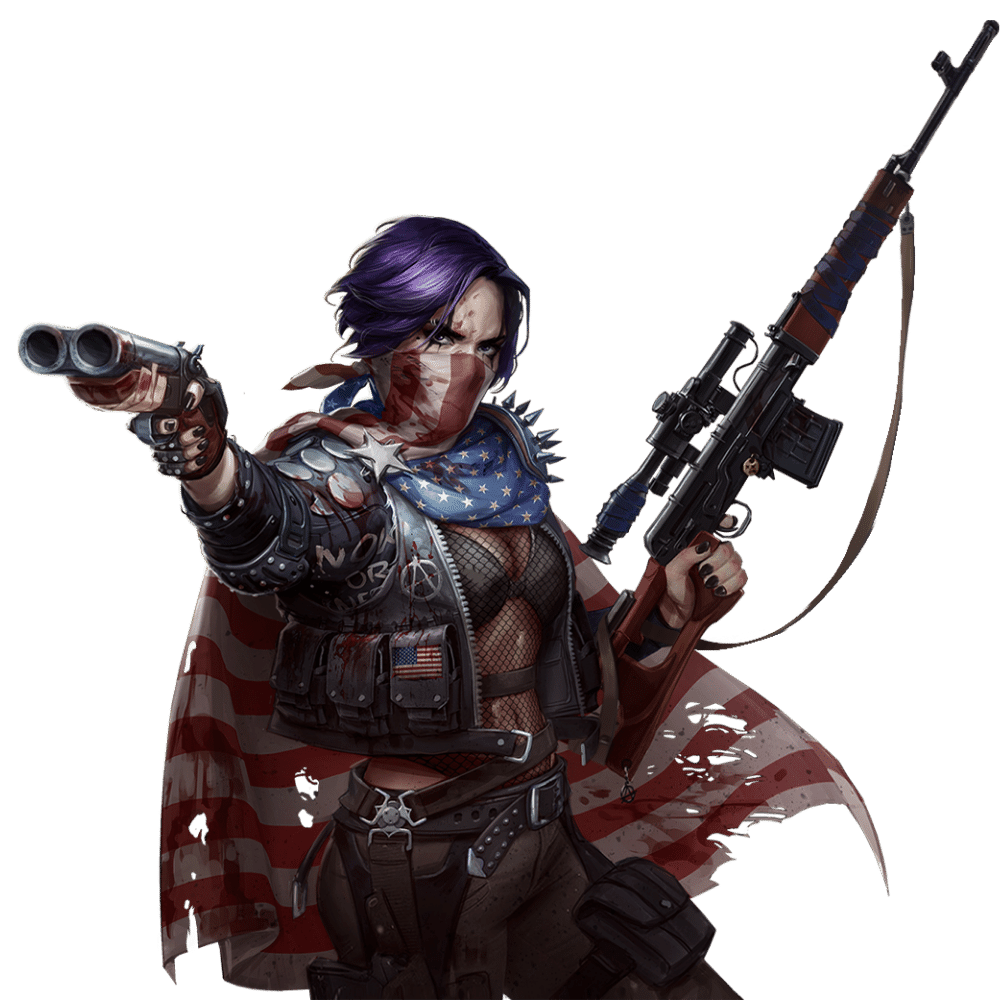 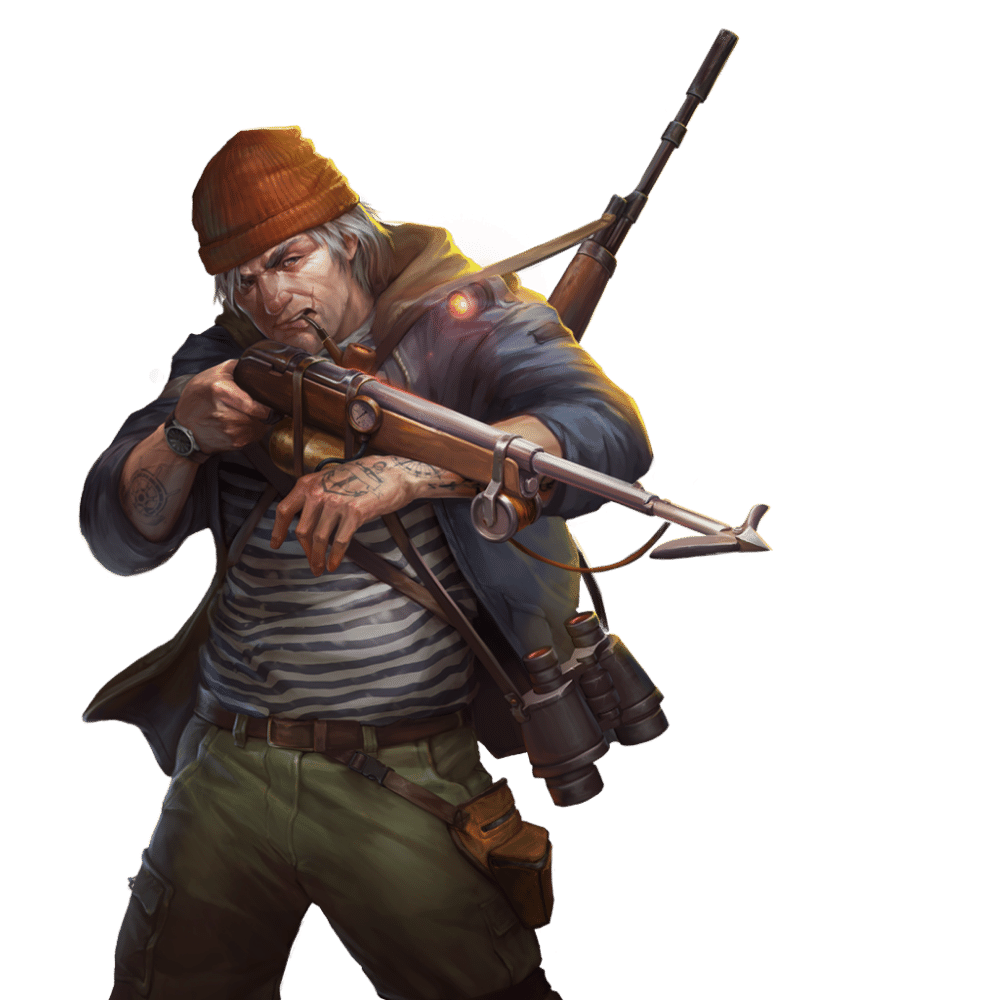 Mantis and his family had been poaching in the woods for a long time before they were all thrown to jail. All of them but Mantis himself.
In later years, he used to live alone, avoiding the attention of the authorities. He got a silent crossbow and learned to hide better than any animal.
After a while, the relatives returned home from the prison, bringing with them some hustle and bustle and a strange unknown illness. In a couple of days, some of them died and then raised. Mantis killed them first, and then, to avoid the risk, killed those who showed no signs of infection. When he finished, he was relieved. Human society bothered him so much.
And soon, the living deads came to his forest. This forced Mantis to take off and go in search of new territories - with no zombies nor people.
Tired of being alone, but not trusting people, he chose the perfect companion, no less agile and secretive predator than himself.

Special agent of corporate security - Connor-is not just a "cleaner". He is an experienced investigator who solves problems that require a non-standard approach. The Corporation highly values his skills and skills.
In the early days of the Apocalypse, the agent was given a delicate task to eliminate an unreliable employee. Having successfully completed the task, he, along with a group of survivors, was locked in a building surrounded by a Horde of zombies. After contacting the management, Connor received an unexpected refusal to evacuate them. After considering his situation, arming and organizing the survivors, he made a breakthrough with almost no loss.nToday, Connor claims that he is no longer related to the Corporation that gave him up and is working for himself. There's no reason not to believe him. But some people say that he hasn’t broken off the contacts with the mysterious organization and continues to carry out its tasks.

Major Zoe Taylor was a career soldier who fought for her country in the conflicts of the old world. When the fighting stopped, and boring service in the garrison loomed, Taylor left the army and she got a job in a private military company, continuing to fight in different regions of the world.
Some time before the Apocalypse, a mysterious organization offered Zoe a contract on such generous terms that she couldn't help accepting it. So Taylor was appointed liquidator of the consequences. By giving her unlimited access to the latest military equipment and weapons samples, the Corporation has gained a loyal and professional employee who unquestioningly carries out tasks of any complexity, with no guilty conscience.
The Apocalypse has come, and Taylor can still be seen where the shooting is heard...

One day, an excellent surgeon and a well-known physician, Dr. Markus got in the way of some extremely influential people. They stripped him of his position in society, his doctor's license, his home and property, so he was out in the streets among the vagabonds.
For some time, "Kind Markus", as the homeless began to call him, survived on the streets of the city, helping his miserable and helpless friends with his knowledge and skills, and they paid him back with
Then the Apocalypse broke out. Markus was among the first to encounter the living dead. In that horrific bloodbath, he defended his newfound friends without sparing himself. Few lives saved cost him his own arm and leg. Having scarcely survived and equipped himself with a pair of improvised artificial limbs, Markus did not regret for a moment how much he had sacrificed and only became even more determined to defend the weak and needy in the future.

Krasnov is no longer young but his mind, body and spirit are always up to the task. Perhaps this is what allowed him to survive the emergency landing of the helicopter, on which he and the results of his research were taken to a secret bunker. Having got out, armed and collected equipment and samples, Krasnov set off.
Moving through the infected area and overcoming unexpected obstacles, the scientist seemed to have forgotten the years spent in sterile laboratories, endless documentation and routine work. Krasnov gradually began to regain his passion and fighting spirit lost in his youth.
The survivors encountered did not see him as a threat, willingly helping and accepting the help of an unusual old man.
Krasnov says little, but always answers questions. Only one question remains unanswered: Where is he going and why is he in such a hurry?

Growing up in a dusty little town, Cleyre was raised by her uncle , an auto mechanic, so she had never been a good girl. All her peers in the neighborhood suffered from her harshness and cruelty, and she would be kicked out of school even more often than she started fights.
Some years after, Cleyre got a job as a bartender in a bar near the highway. There, her rigidity allowed her to settle into and take her rightful place in the society of passing bikers, truckers and tramps of all stripes.
When the Apocalypse came, customers barricaded themselves in a bar surrounded by a Horde of zombies. Cleyre knew that with no supplies and strong leadership, the survivors were doomed.
Wrapped in the national flag, armed with a large-caliber rifle and a sawn-off shotgun, she forced everyone to obey her and make a breakthrough! Many died, but the survivors looked at Cleyre with fear and respect.

Old sailor Stefan had to go ashore after an accident in which he lost a leg.
As the Apocalypse came, Stefan decided that the safest place is the sea. Together with a small group of survivors, he captured a ship in the port and left the shore. So the sailor returned to his native element, but unfortunately not for long. From time to time, they had to land to resupply. And on one of these trips, one of the crew members came back with a bite. That night, there were screams and gunshots on the ship, and then a fire started.
Stefan was fighting with his own crew, turned into zombies. Fighting for his life, and for the life of his ship. When he ran out of ammunition, and the only weapon left was an old harpoon, the ship sank.
Stefan was washed ashore and the survivors who had set up a shelter on the Bay, nursed him back to health. 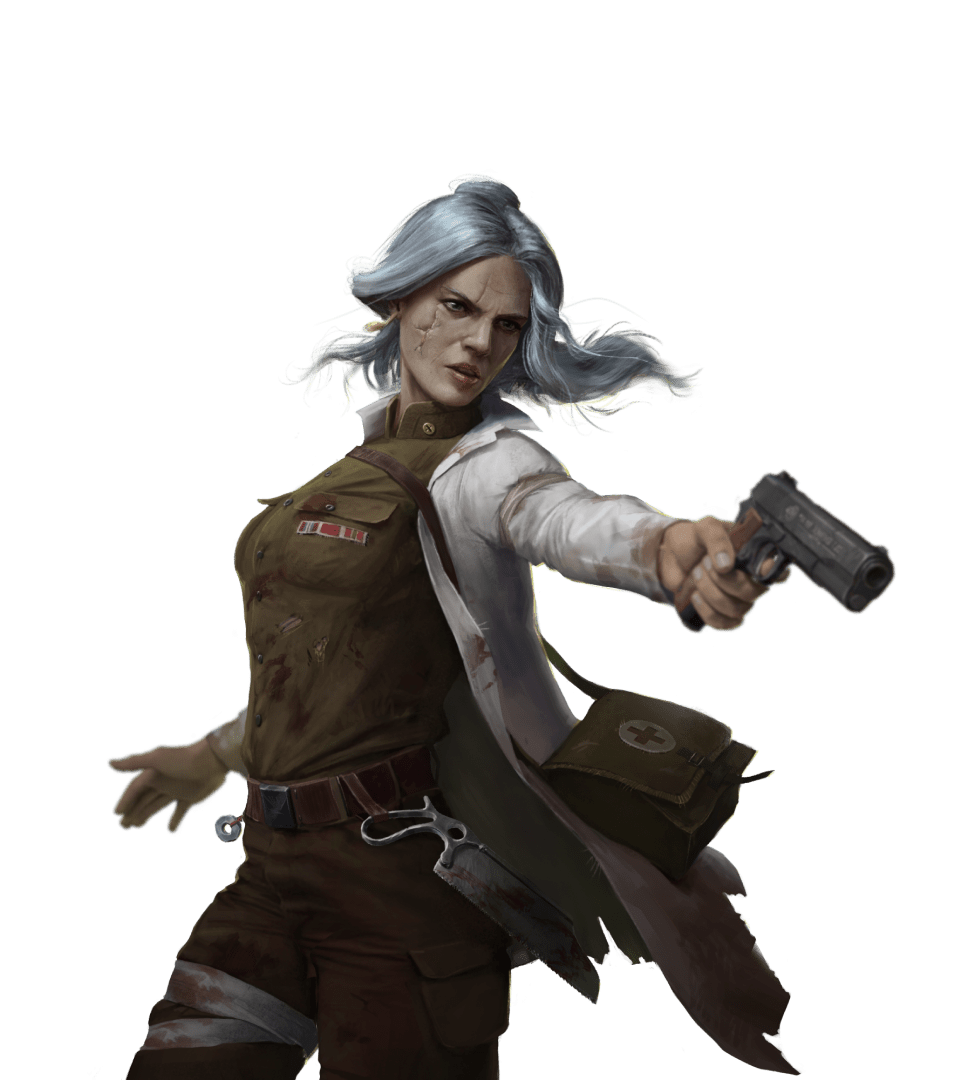 WANT TO WORK WITH US?